BusUp’s commitment to the Green Recovery 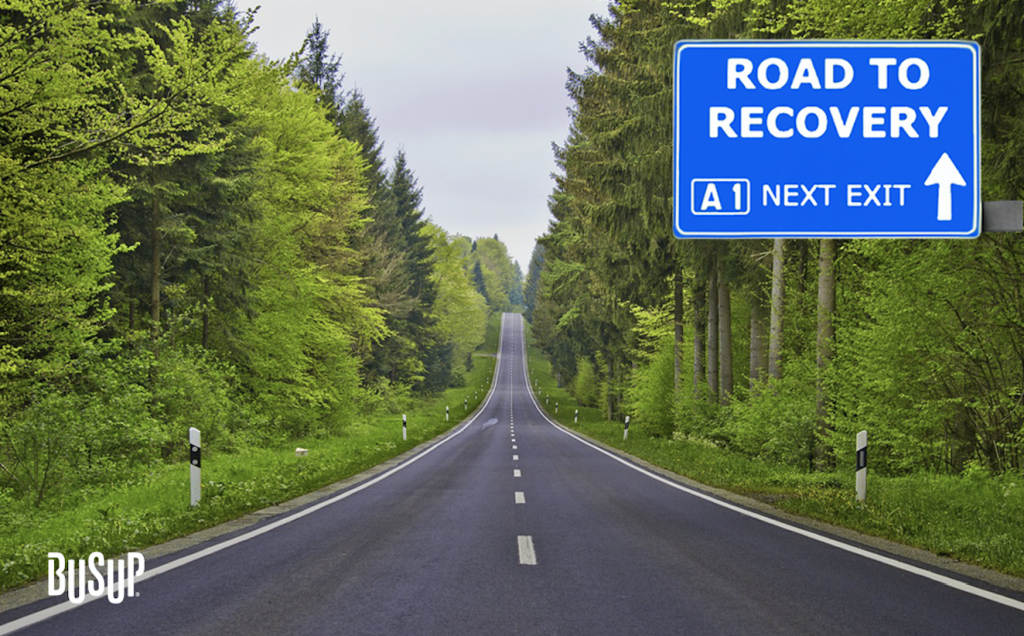 BusUp has joined the Call-to-Action of the European Alliance for a Green Recovery calling for an EU-wide green recovery strategy focused on sustainability after COVID-19.

The European Call to Action for a Green Recovery

In light of the crisis generated by the COVID-19 pandemic, multiple voices are emerging in the EU to alert on the importance of the times we are living and the decisions that will be made in the following months. These voices are clamming that EU governments should use this moment of recovery as an opportunity to drive the transition to a new socio-economic model that is capable to decouple growth from environmental impact.

One of the first voces to raise was that of Mr. Pascal Canfin, Chair of the Environment Committee at the European Parliament. Last April Mr. Canfin launched a public manifesto claiming for an European alliance for a Green Recovery. The initiative so far has been subscribed by more than 180 political decision-makers, business leaders, trade unions, NGOs, and think tanks, and has also find replicas in many European Members States.

BusUp has officially adhered to the Spanish counterpart of the EU initiative (Manifiesto por una recuperación económica sostenible) led by ECODES, Grupo Español de Crecimiento Verde, and SEO/BirdLife. This Spanish Manifesto requests to the Social and Economic Reconstruction Committee of the Spanish Parliament, for recovery plans that are specifically based on sustainable criteria.

In words of the 17 MEPs “We must not lose sight of the persisting climate and ecological crisis when working out how to spur the economy after the coronavirus pandemic”.

The MEPs letter also appealed the European Commission to leverage on the Green Deal “We call on the Commission to use the European Green Deal as a framework for this exercise and thereby to keep momentum by implementing its initiatives. The Green Deal constitutes a new growth strategy for the EU, which is able to deliver on the twin benefits of stimulating economies and creating jobs while accelerating the green transition in a cost efficient way“.

The role of Road Passengers Transportation in the European recovery

Transport is a vital economic sector in its own right: embracing around 1.2 million private and public companies in the EU, employing around 11 million people and generating close to 2% of its GDP. Transport also provides mobility for Europeans, thus contributing significantly to the free movement of persons within the internal market.

However, Transport also represents almost a quarter of Europe’s Greenhouse Gas (GHG) emissions. Road transport is by far the biggest emitter accounting for more than 70% of all GHG emissions from transport in 2014, of which, cars produce 60,7% of the EU’s CO2 emissions43. To achieve climate neutrality, a 90% reduction in transport emissions is needed by 2050.

The Covid-19 crisis has also highlighted the direct connection of air pollution to mobility. During quarantine, air pollution levels have fallen up to 50% in many European cities, according to the latest figures published by the European Environment Agency (EEA).

This significant decrease in air pollutant concentrations is largely due to reduced traffic under last lockdown measures, especially in major cities. With Public Transportation ridership levels falling from 70 to 90% in major cities across the world, several studies have already forecasted an increased use of private car after the lockdown, which represents a high risk to lock the EU in a fossil fuel economy for decades to come. The economic recovery constitutes a threat to the Green Deal goals if we cannot succeed in decoupling growth from environmental impact.

BusUp’s commitment to the Green Recovery

“Since our inception, BusUp’s mission has always been to solve car-dependency in daily commuting trips, thus taking cars out of the road and reducing CO2 emissions. However, we feel that transportation sector in general, and BusUp in particular, have become a critical players in successfully fighting the pandemic and the economic crisis, without relinquishing any of the Green New Deal goals” highlighted Rui Stoffel, BusUp’s CEO.

BusUp services have become more essential than ever, as BusUp’s shared commuter transportation services are the only mobility commuting solution that can guarantee cost-efficiency (lower cost per passenger), safety (social distance and health protocols guaranteed) and sustainability (on average, every bus saves 92Kg of CO2).

Co-founder and Co-CEO at BusUp

Suscribe to the newsletter